Cruising through the intersection of East Coast and West Coast, somewhere between the mountains and the city, Thomas Johnson, Global Marketing Manager for PSIA-AASI Official Supplier K2 Snowboard, met Whaffle.

Born and bred in Red Hook, Brooklyn, Tashawn “Whaffle” Davis is a young artist inspired by both the novelty of New York City and the nostalgia of its past. He believes that the 70’s were a time when both style and politics seemed to be welded together, and self-expression was globally ubiquitous.

“Embodying culture of New York in the 70’s is a lifestyle for Whaffle,” said Thomas. “From his true vintage garb to the wood paneling, shag carpets, and sepia hues of his astonishingly preserved mid-century apartment, simply being around him is enough to feel transported to another era.” 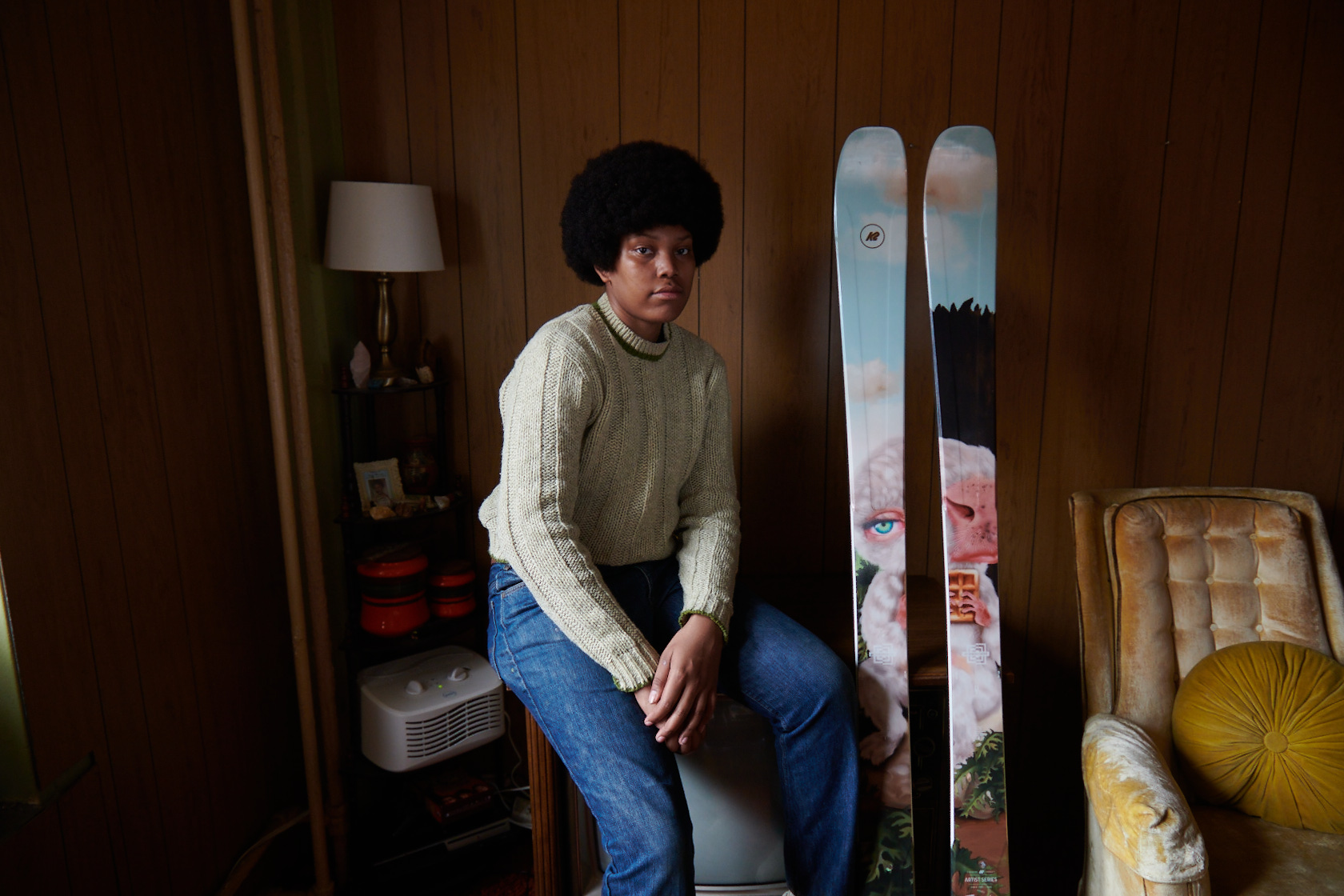 K2 teamed up with Whaffle to introduce a limited collection of skis and snowboards brought to life in his city and his home through the lens of photographer Giovanni Reda.

One of the Whaffle collaborations features K2’s Mindbender 99Ti skis, which boast a well-rounded skill set thanks to a moderate waist width, Titanal Y-Beam construction, and K2’s All-Terrain Rocker profile. Striking a perfect balance between agility and stability, this ski is responsive in the deep and soft while holding its own at high speed. 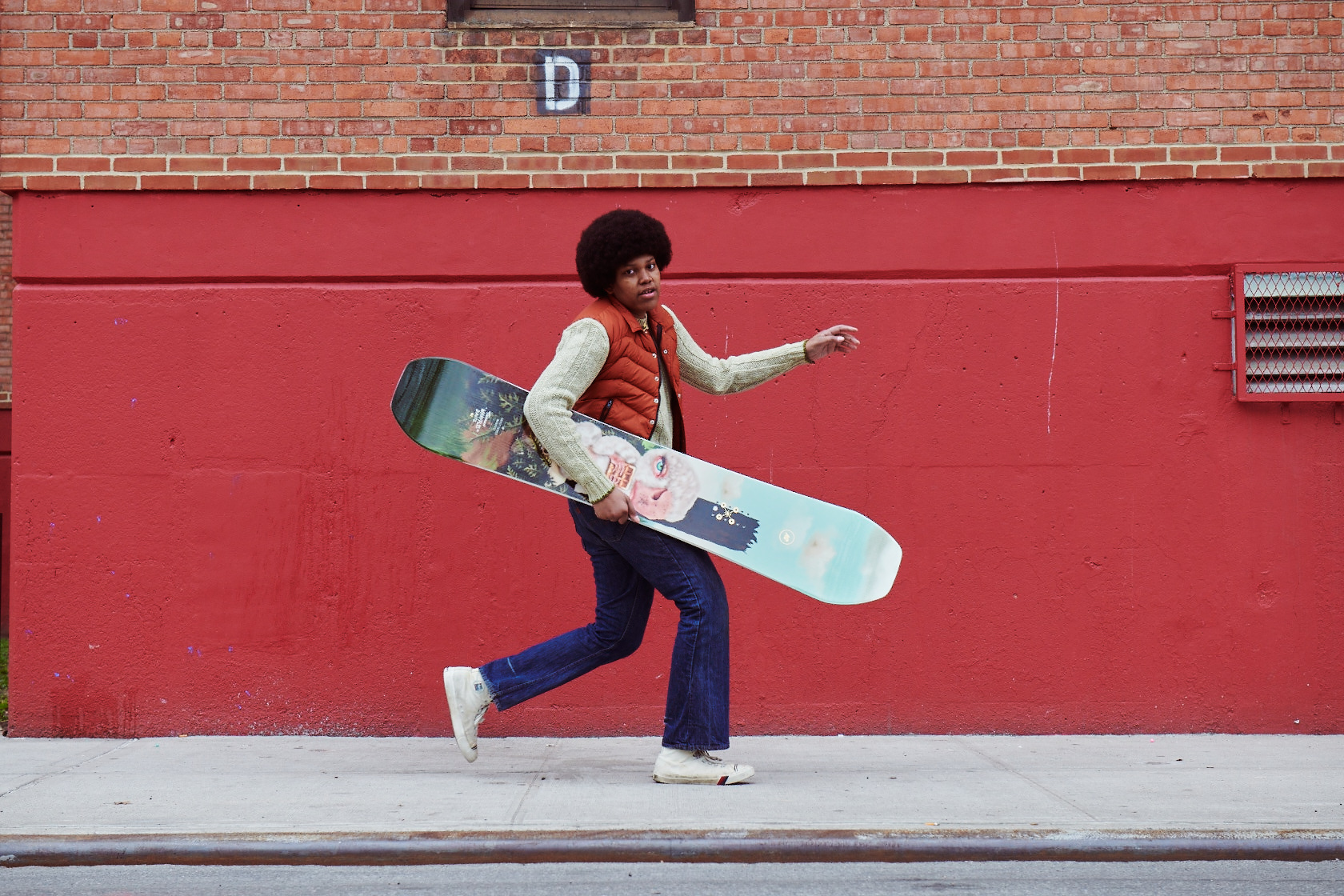 Another collaboration is the the K2 Manifest, a versatile snowboard with a mid-to-stiff flex that’s built to withstand big mountain freestyle riding. The Manifest is a directional twin tip snowboard with a Combination Camber Profile, giving it a consistent and predictable feel while riding switch or regular, and adds a bit of rocker to the nose and tail of the board.

A portion of the proceeds from each product sold from the K2 x Whaffle collection will be donated to The Hoods to Woods Foundations, a nonprofit organization based in Brooklyn, New York that promotes awareness of the outdoors to inner-city youth through snow sports.