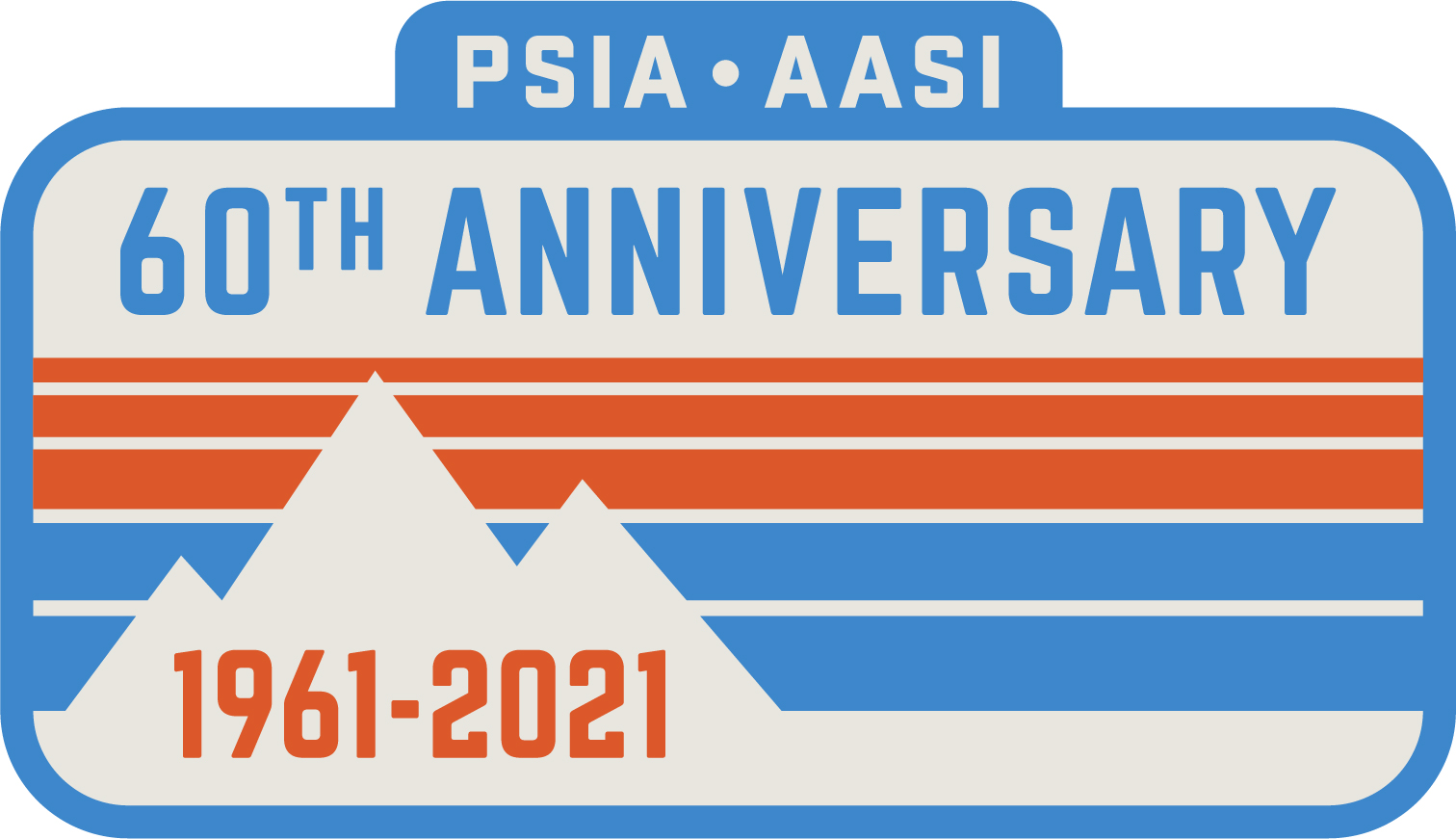 PSIA-AASI is a close-knit community of more than 32,000 snowsports professionals dedicated to creating life-changing experiences through snowsports instruction. Learn about the history of PSIA-AASI.

In August 2021, PSIA-AASI hit a monumental achievement, celebrating its 60th anniversary of incorporation as a national education association. This was the first step our early leaders took to consolidate several ski associations scattered throughout the country and start developing a distinctly American approach to teaching skiing (and, later, snowboarding). Until then, various teaching styles existed throughout the country, with one school teaching “the Austrian way” and others following a French, Swiss, or other system (often based on where the ski school director was from). This meant students going from one school to another might have to learn an entirely different set of skills. PSIA’s founders had the foresight to understand that teaching a consistent, American technique throughout the U.S. would give students a better learning experience.

The strength of our organization has always been the initiative of snowsports educators in different regions of the country coming together for the common good of the snowsports community. It started with the unification of regional associations that existed before our founding in 1961 and continues to this day, setting the stage for PSIA-AASI’s many successes.

For the past six decades, each generation has dedicated itself to a better understanding of our relevance as the leading snowsports education association in America. This was evident when the U.S. Demonstration Team caused a sensation with its debut of the “American Technique” at the 1975 Interski in Strbske Pleso, Czechoslovakia, which also earned them a multi-page spread in Sports Illustrated. From there, our education leaders worked hard to develop student-centered teaching tenets – including the revolutionary “Skills Concept” that boiled fundamental movements down to rotation, edging, and pressure-control movements in support of enhanced balance. After the creation of AASI in 1997, we guided the emergence of snowboarding fundamentals by highlighting body movements of flexion, extension, and rotation in combination with snowboard performances of tilt, twist, pivot, and pressure.

These are just a few of PSIA-AASI’s historical contributions to snowsports education. Over the years, we’ve set important precedent in all snowsports teaching disciplines – adaptive, alpine, cross country, freestyle, snowboarding, and telemark. That continues with the association’s commitment to the future of snowsports, through its ongoing focus on children’s education.

A Commitment to the Future

Which is why, on this, our 60th anniversary, I’m so excited to announce the publication of Teaching  Children Snowsports, an indispensable manual that represents the continued evolution of delivering snowsports education. This resource updates theories and offers new ideas on how to work with children at their stage of development so they have fun and exciting experiences in the mountain environment. My thanks go out to the team of authors, reviewers, and members of the National Children’s Task Force for their commitment to this important publication.

Teaching Children Snowsports is a perfect example of how PSIA-AASI continues to invest in you and your students. Other examples include an emphasis on the Learning Connection’s blend of people skills, teaching skills, and technical skills; refinement of discipline-specific fundamentals; and our ever-expanding range of digital resources.

And now, as PSIA-AASI celebrates 60 years of sharing the love of snowsports with millions of people, new certification standards are being implemented to bring increased consistency and alignment to PSIA-AASI’s eight divisions, giving you and all our members more clarity for how you teach, turn, and succeed in your role as an instructor. Your association also remains steadfast in its commitment to equity and inclusion for everyone who wants to teach snowsports or take a lesson – working to ensure that everyone has equal access to the mountain environment, and that it’s a place to feel safe, welcome, and joyful. PSIA-AASI’s success has always been tied to sharing a love of snowsports. Here’s to 60 years of success, and the next 60 years to come. Thank you for your commitment and dedication to being part of our community.

See the full article that originally appeared in the fall 2021 issue of 32 Degrees magazine. 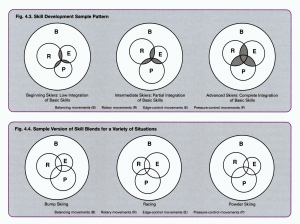 The U.S. Demonstration Team revolutionized ski instruction when they presented “The American Technique,” at the 1975 International Ski Instructors Congress (Interski) in Strbske Pleso, Czechoslovakia. Also known as the “Skills Concept,” the American Technique focused on three technical aspects – a skier’s rotary movement (i.e., twisting), edging, and pressure control – to give instructors real-time teaching tools to work on specific aspects of a student’s skiing.

“Skills let us focus on where people wanted to ski, and how they wanted to ski it,” said Mike Porter, a member of the 1975 team, who went on to serve as its coach for many terms.

That fall, the Skills Concept and the American Technique were the highlight of a multi-page feature in Sports Illustrated Magazine, under the title “Easy as One Two Ski.” The Skills Concept’s lasting impact can be seen in technical manuals for every discipline, and as the technical basis for The Learning Connection.

“The Skills Concept was revolutionary then and is still very much the blueprint to look at, analyze, and discuss skiing in every aspect of the sport,” said PSIA Alpine Team Coach Michael Rogan. “This concept – updated to focus on rotational control, edge control, and pressure control as integral to all turns and essential for maintaining balance – has been adopted for almost every other alpine country in the world. It is impossible to fathom the impact the Skills Concept has had on our sport and profession.” 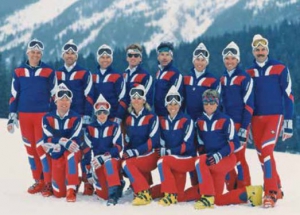 Opportunity for Women in Snowsports

When PSIA and Aspen hosted Interski in 1968, the U.S. Demonstration Team included nine women (unlike now when members are selected for four-year terms, the team was assembled for each event).

In 1980, Carol Levine (who in 2017 was awarded the PSIA-AASI Educational Excellence Award) and Ellen Post Foster (who won the award in 2015 and is a member of the Colorado and U.S. Ski and Snowboard Hall of Fame) both earned spots on the PSIA Demonstration Team, now called the PSIA-AASI National Team. Coming eight years after the 1972 passage of Title IX – the regulation prohibiting sex discrimination in education programs or activities receiving federal funds – equality in snowsports was still slow moving, especially in recognizing women for their abilities as athletes and coaches. The same was true in ski school locker rooms, despite women making up half of the snowsports consumer population.

“We have strong and brave leaders like Carol, Ellen, and Dee to thank for helping pave the road for women in snowsports education,” said Robin Barnes, who is presently in her fourth term on the PSIA Alpine Team. “They each earned spots on the team because they were recognized as instructor-athletes who had a lot to offer our membership and our industry.”

Barnes noted that “Today, we enjoy building on that foundation with our Women’s Summit, Women’s Advisory Group, and Nancy Oakes Hall Scholarships, and recognize that it is both women and men who build, create, and innovate for snowsports education.”

PSIA-AASI’s Teaching Children Snowsports manual – released in Fall 2021 – supports a long tradition of quality kids’ instruction, compiling the education tools, on-snow teaching tips, and insight into how children think, react/socialize, and move. The beginnings of this manual stretches back two decades to the creation of PSIA’s Junior Education Team. Better known as the JETs, this national group of kid-centric instructors worked with a laser-focus on program development specifically for children, helping to ensure that skiing and snowboarding resonated early with the sport’s next generation. 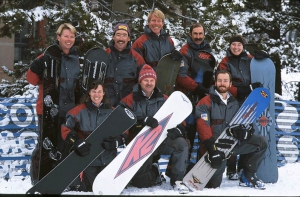 The Creation of AASI

PSIA embraced snowboarding and published the first Snowboard Ski Instructional Manual in 1989. Then, in 1991, Dave Alden and Jane Mauser were the first snowboarders to demonstrate at Interski.

PSIA created the American Association of Snowboard Instructors (AASI) in 1997. AASI was the world’s first snowboard instruction entity dedicated to helping everyone, from beginners to top athletes, improve their riding. According to AASI Snowboard Team Coach Eric Rolls, “Creating AASI helped snowboard instructors and educators carve their own path while staying connected to snowboarding’s roots, especially the creativity and individualized expression.” 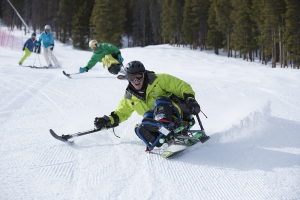 In the 1950’s Korean War veteran Lee Perry, known as “The Pied Piper of Adaptive Skiing,” began to develop the first ski school for amputees at Mt. Hood’s Government Camp in Oregon. Then Doug Pringle, a Vietnam veteran who lost a leg in combat, found his “life’s work,” in adaptive teaching and became president of Disabled Sports USA Far West.

When PSIA-AASI’s Adaptive Alpine Technical Manual was shared with the international snowsports instruction community at Interski 2019 in Pamporovo, Bulgaria, it crowned the U.S. standing as the gold standard in terms of evaluating, understanding, and promoting adaptive instruction.

According to PSIA-AASI Adaptive Team Coach and manual co-author Geoff Krill, this manual represented “The first time that the Skills Concept matched seamlessly with the array of modalities within the adaptive world.” This was particularly enlightening insight for all instructors, Krill said, “because what we hold fundamentally true in skiing did not change when it came to various adaptive equipment and missing body parts. You still have to stand on it, turn, tip and bend something in order to make it down the hill.” 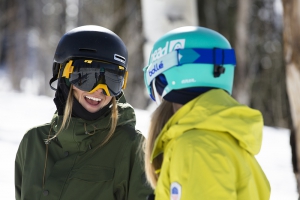 The Learning Connection focuses on creating an effective learning environment by applying a balance of people skills (an instructor’s self-awareness, ability to create trust, and communication skills), teaching skills (the connection between the instructor and student), and technical skills (good technique adapted to the student’s ability or desired outcome). People-skill and teaching-skill fundamentals are the same across disciplines.

The Learning Connection gives PSIA-AASI more consistency between its certifications while increasing the value of and integrity of its credentials. In the words of PSIA-AASI Director of Education Dave Schuiling, “The entire process is the true definition of collaboration. We’ve established a greater level of trust that will carry us forward to help unite the snowsports industry to spur its growth.”

See the full article that originally appeared in the winter 2022 issue of 32 Degrees magazine. 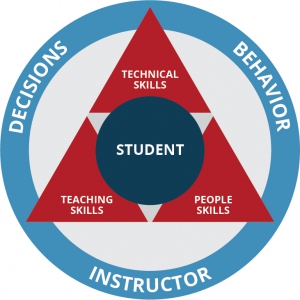 These individuals have been a member for 60 years, or longer. Since each region was created independently, some divisions were founded over 60 years ago.  Formalizing our national organization in 1961 was the first steps towards alignment and consistency to help instructors improve their students’ learning experiences.

We thank all our members for your outstanding service and support. This organization would not be as strong as it is without your dedication to the snowsports community as you continue to put into practice our vision of creating lifelong adventures through education. 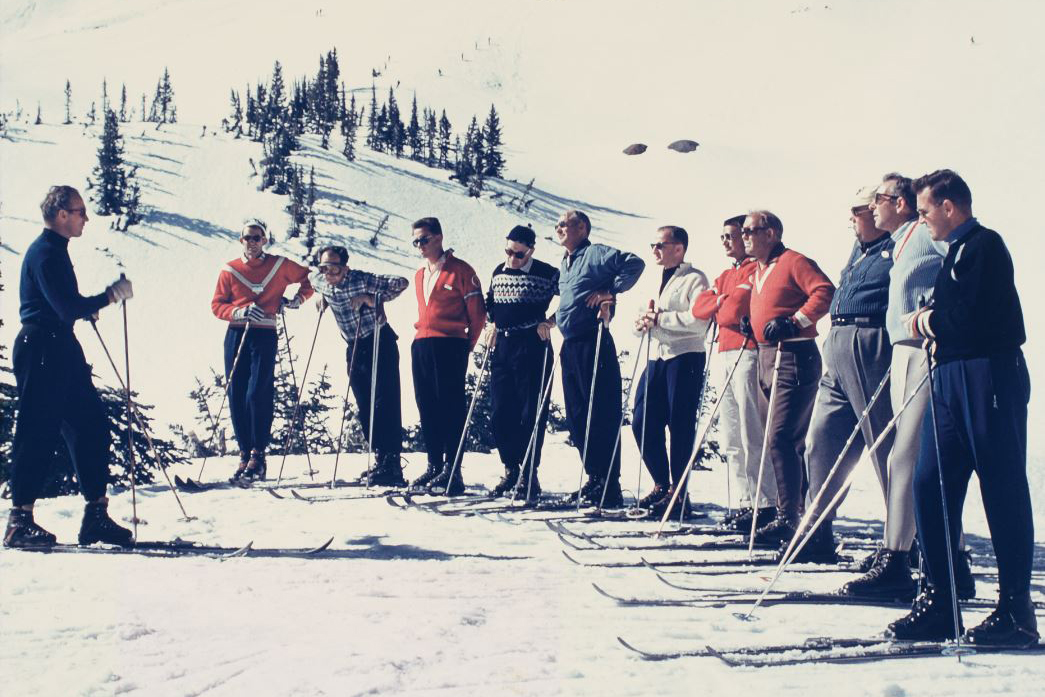 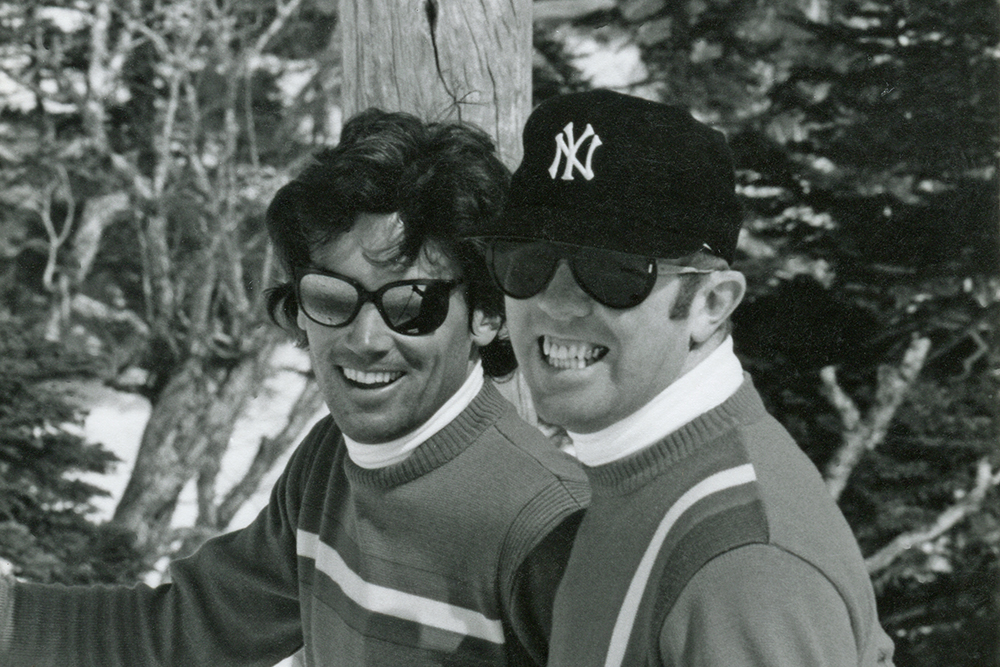 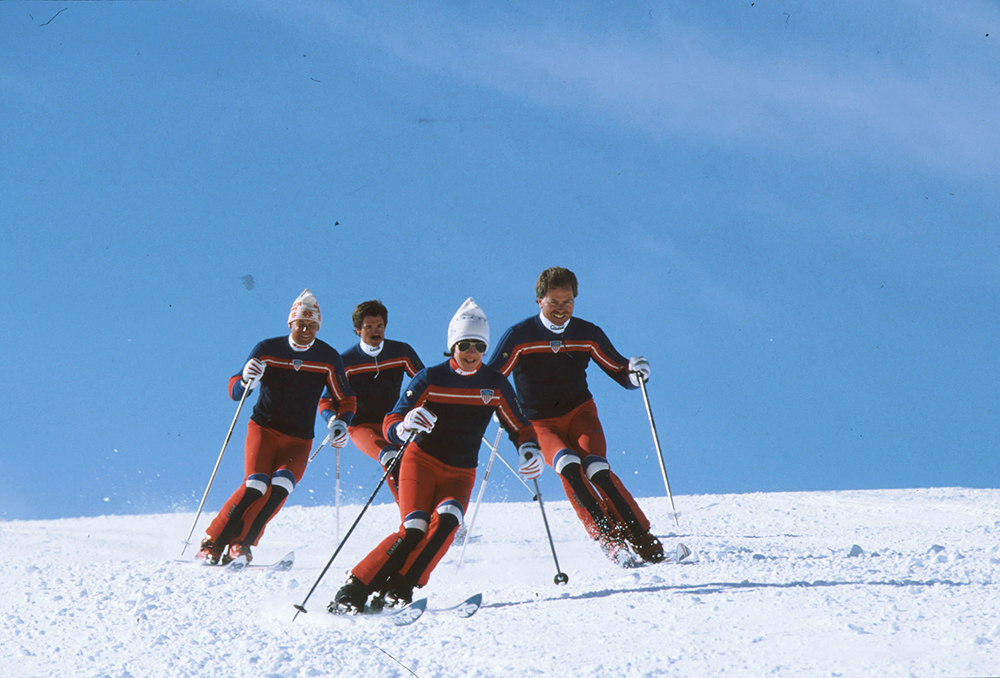 Ellen Post Foster leads a training run in preparation for the 1983 Interski. 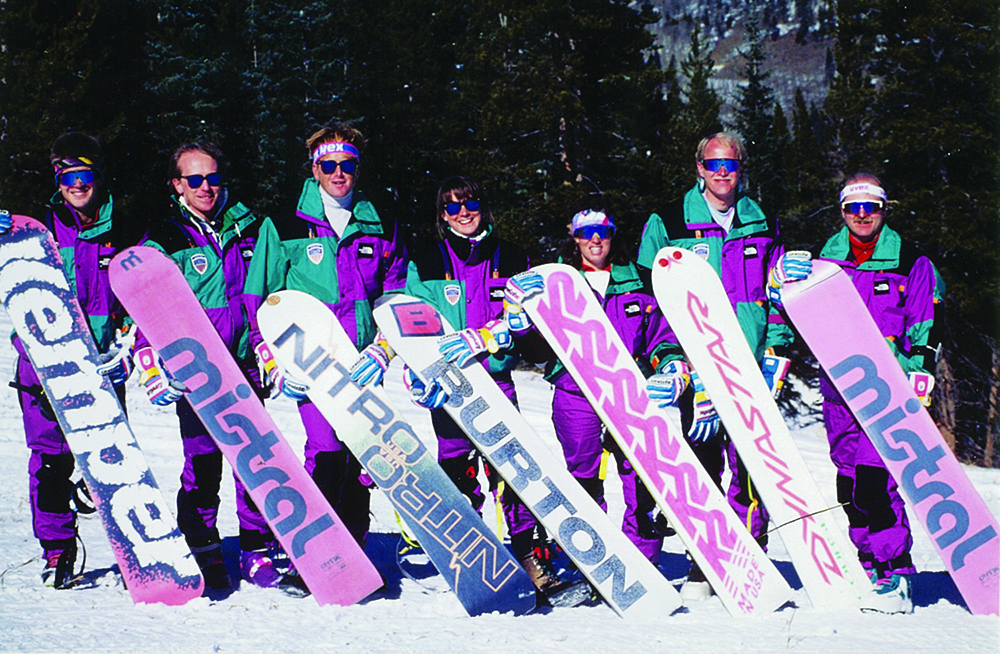 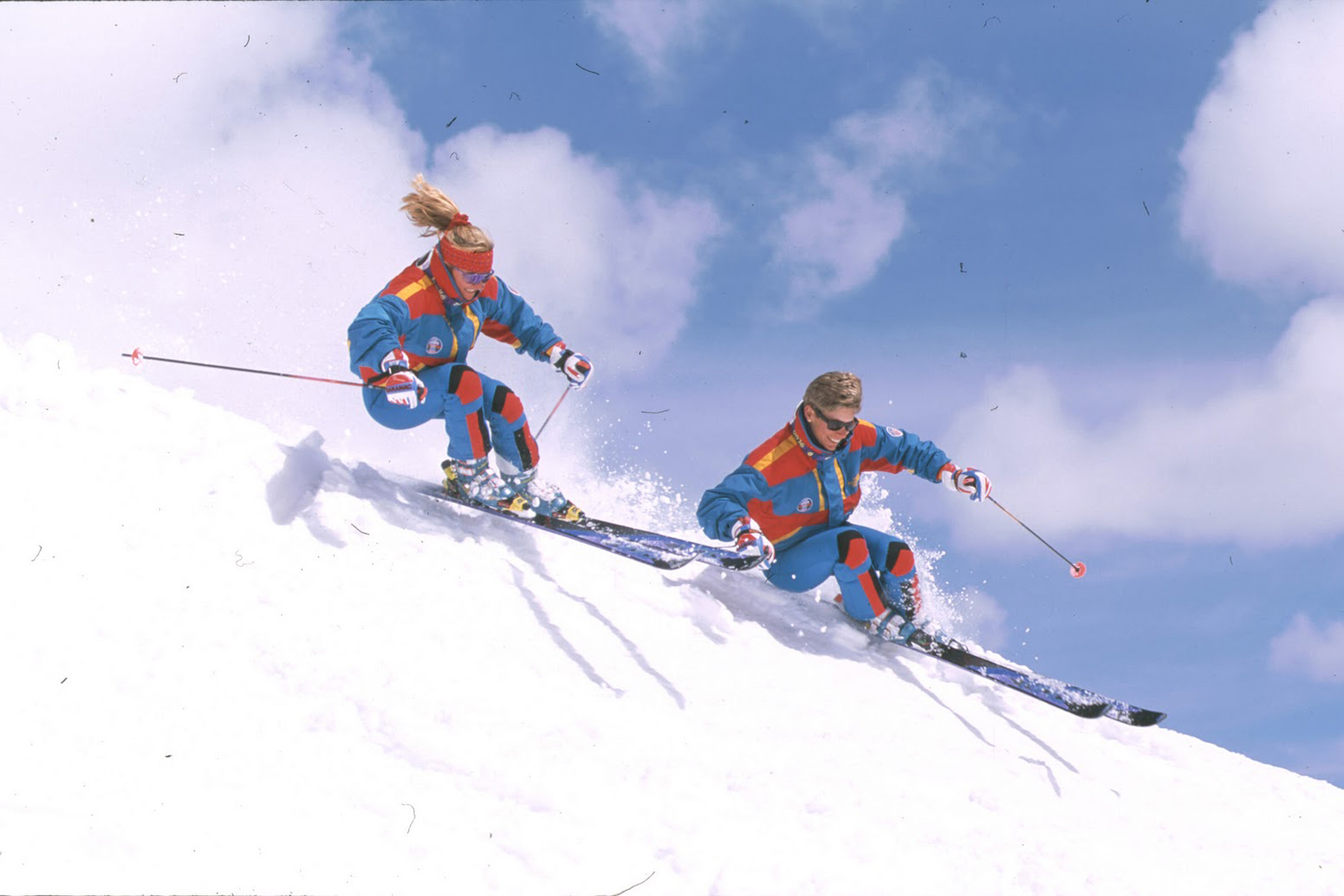 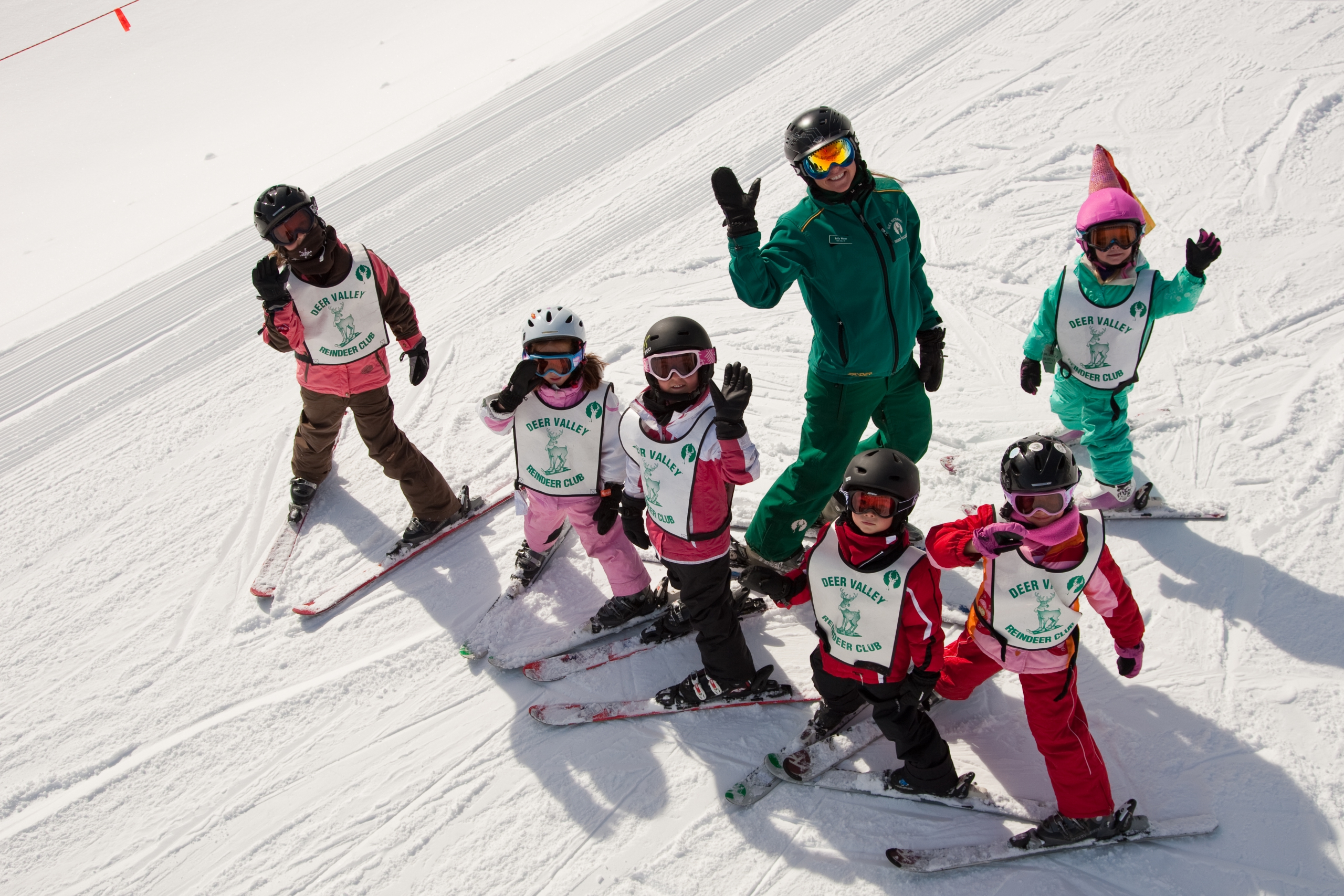 Children, the future skiers and riders of tomorrow. 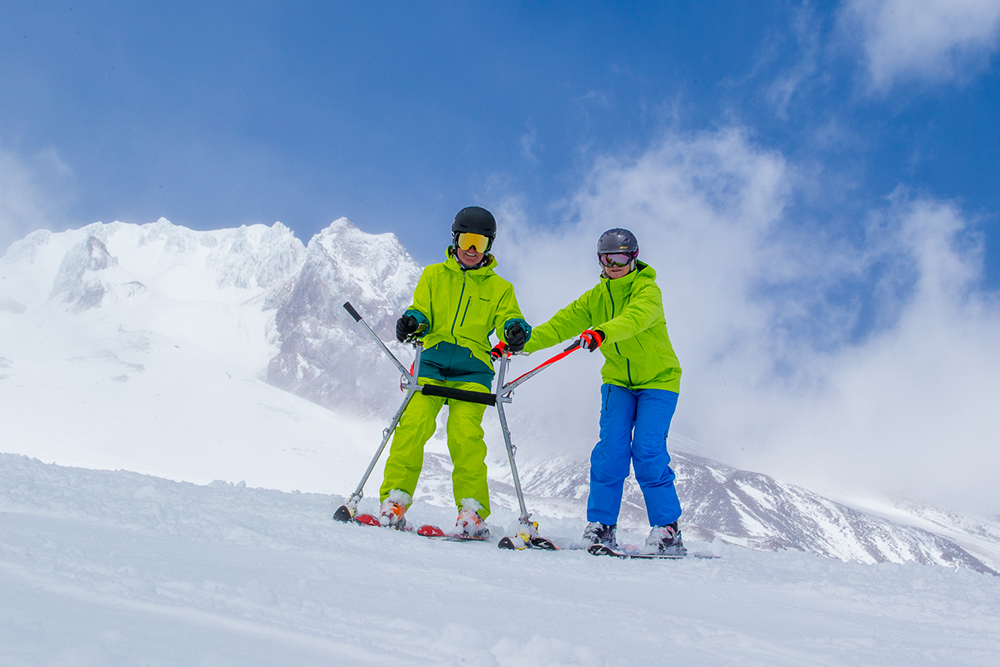 PSIA-AASI has been an innovator in adaptive instruction. 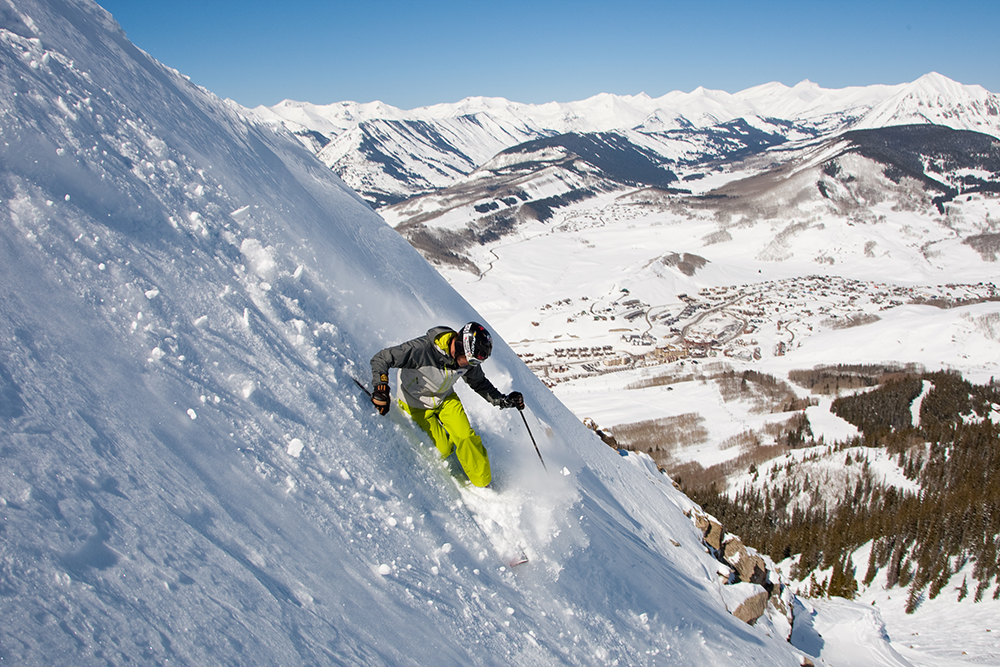 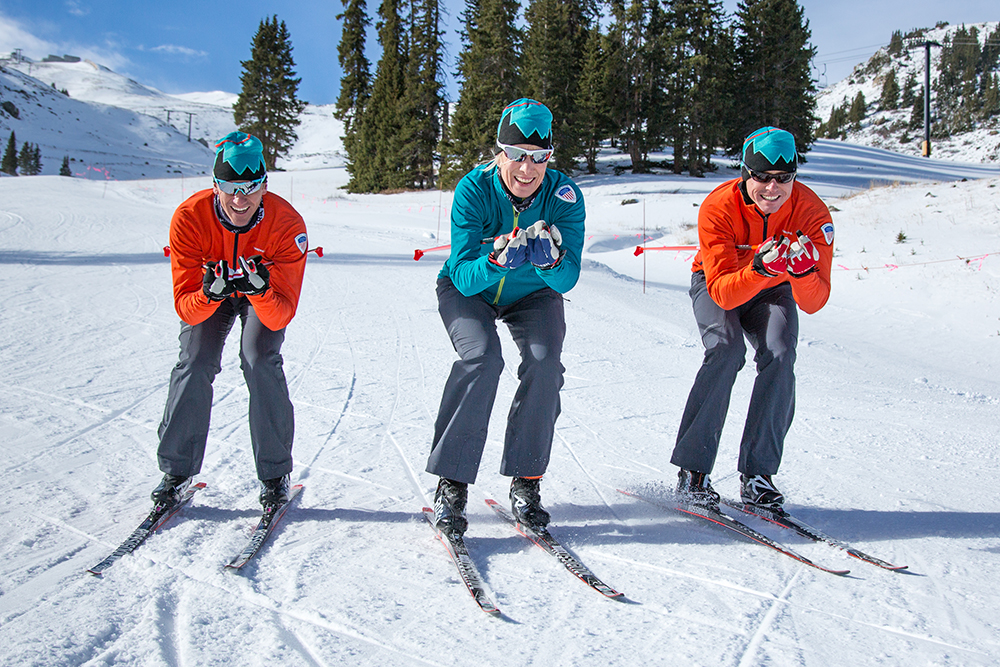 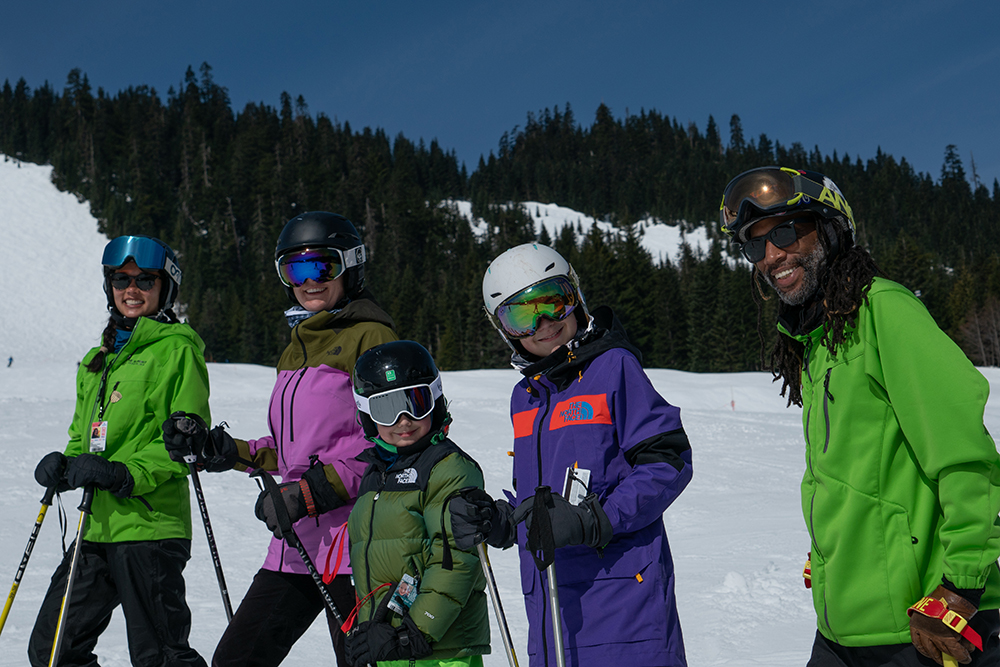 In 2021 PSIA-AASI created an Equity and Inclusion Advisory Group.

Shop these products to celebrate PSIA-AASI’s 60th Anniversary. Available for a limited-time only. 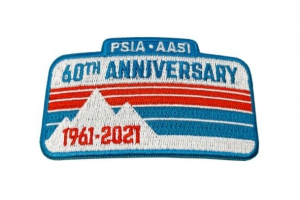 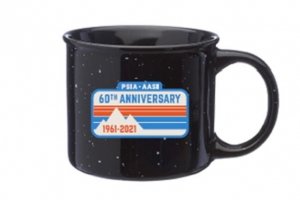 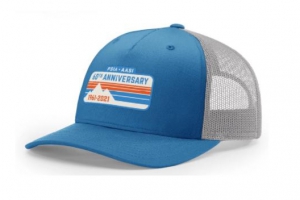